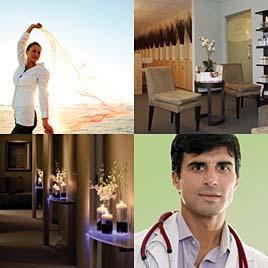 Acara recently spoke, exhibited and walked the tradeshow floor at the Medical Aesthetics show in NY. I have to say I was very pleased with the event. The show was well promoted and organized – the turnout on the show floor was great on Sunday and ok on Monday.

From an attendee standpoint, the quality of the booths were good, the medical spa and spa education was smaller than in previous years, but the quality of the speakers didn’t falter (including our own CEO and excellent speaker, Francis Acunzo, who spoke (and conducted a roundtable – shameless plug) on timely and substantive subjects. The business track included a good number of sessions related to recession proofing for medical spas and spas.

The medical spa section of the floor had good representation from some of the top vendors. The major med spa laser companies were there: Sciton, Cutera, Cynosure, Palomar, Candela, etc… Spa Finder, Universal, Iredale Cosmetics, Clarisonic and more. A few newer medical spa products that caught my eye were: MesoDerm and Canfield Scientific’s Reveal. So, if you are looking to add to your knowledge base or prospect list – the Medical Aesthetics Show in NY is definitely worth your consideration.