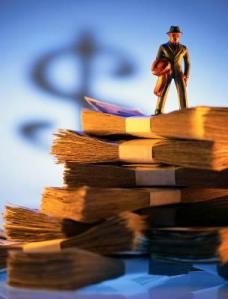 I’m sitting here by the campfire overlooking a mountain pond enjoying life in the great outdoors of New Hampshire’s White Mountains. It’s incredible to think that by 10 a.m. I will have come down off the mountain, stopped by the local coffee shop with free internet access and uploaded this post for the entire world to read.

This peaceful world seems so far from the craziness of our economy and the ever-changing landscape of the Medical Spa segment of the spa industry. I recently read an article in the OCRegister written by Colin Stewart titled “Slumping Economy Hits Medspas”. The basic claim of the article was that the downturn in the economy is what caused the closing of most of the medical spa chains.

I’m in total disagreement with this assumption. Clearly the economy has tempered people’s spending on medical spa services but a contraction of MedSpa purchases is not what caused the National Chains to close their doors. In reality, most of the locations didn’t shut down it was just the Franchise operations that closed.

It really saddens me that the spa industry, into which I have poured my heart and soul for the past 25 years, has somehow been tainted by so many non-industry professionals who saw the Medical Spa segment as an opportunity to make a “fast buck”.

What really amazes me is how rapidly so many jumped into the Medical spa world launching franchise operations and chains without having the right foundation or the structure in place that is essential to building a national multi-site business. It was as if the Pied Piper came along and so many intelligent entrepreneurs and doctors followed the Piper’s tune (most of them non-spa professionals) of promises for financial gain and success through their proven systems but the Piper failed to ever deliver on any of the promises.

This is why so many closings have occurred; they’re due to an unstable business structure, lack of knowledge and understanding of the industry and a wreck-less under capitalization into many of these Medical Spas.

It’s too bad because Acara has proven many times over that with sound business practices and principles, even in a downturn economy, a Medical Spa can succeed. I now look forward to spending the next year or so re-building the integrity of the Medical Spa segment of the spa industry and watching it become a cornerstone of spa in North America.